Have you ever spent a memorable holiday in a wine-growing area, shipped your favourite wine home in the expectation of future enjoyment, but when you opened that first bottle, at best it didn’t seem quite as good as you originally remembered, or at worst, was a complete let down?

For Christmas dinner this year, we paired our turkey with a Kiwi Pinot Noir. It was good without being spectacular, so it immediately got me thinking – wasn’t this identical wine miles better when we first drank it in New Zealand just five short months go? 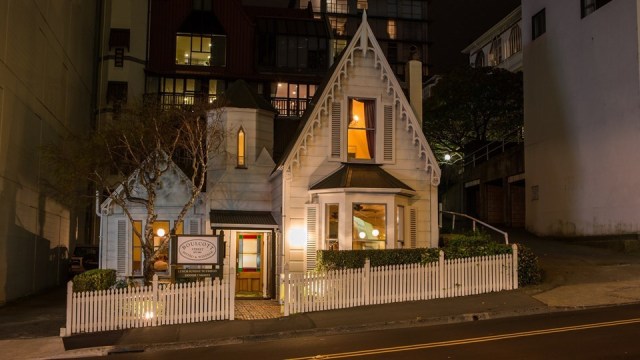 Our festive red – a 2010 Churton “The Abyss” Pinot Noir – was definitely enjoyable, but there was something missing compared to the previous experience we’d had with it. While in Wellington in July, the three of us had dinner at the renowned Boulcott Street Bistro, above; to go with our lamb racks and slow-braised beef short rib in its intimate Gothic cottage setting, we had the same vintage of the same wine.

Like many wine list decisions, this one was based on some degree of understanding of its provenance: having previously ridden pushbikes through the stunning scenery of the Marlborough wine region (below), where Churton is made, and then met their winemaker Sam Weaver at a tasting here in HK, we were confident it would be a good choice. And, as my notes at the time showed, so it proved: we were enthralled by its “seductive savoury, red fruit and exotic spice perfume” and on the palate, “its medium body was delicate and harmonious, mixing cherry and strawberry with black tea and brooding smoky oak. Lovely long finish”. 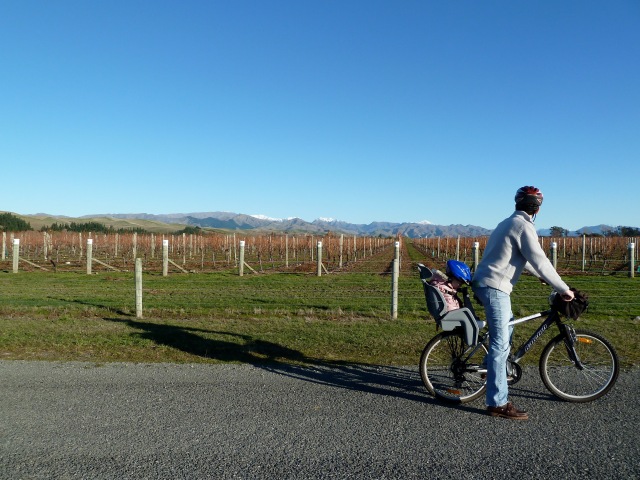 So what happened? In search of a more romantic hypothesis, we’ll discount the potentially damaging effects of the wine’s long journey from New Zealand’s South Island to Hong Kong, as opposed to the short hop across the Cook Strait. Also, the wine was bought from a very reliable supplier here, so storage will almost certainly have been sound.

Instead, we can look to the notion of being immersed in a different (read: enjoyable) set of surroundings, and the effect a more relaxed state has on your impression of the sensory inputs you receive. I’ll let someone far more qualified in the projection of imagery than I to demonstrate this point. In his 1958 novel Dr No, Ian Fleming describes the arrival of everyone’s favourite spy in Jamaica as follows:

The Blue Hills was a comfortable old-fashioned hotel with modern trimmings. He was shown to a fine corner room with a balcony looking over the distant sweep of Kingston Harbour.

James Bond ordered a double gin and tonic and one whole green lime; when the drink came he cut the lime in half, dropped the two squeezed halves into the long glass, almost filled the glass with ice cubes and then poured in the tonic. He took the drink out on to the balcony, and sat and looked out across the spectacular view.

He sat for a while, luxuriously, letting the gin relax him: he thought how wonderful it was to be away from headquarters, from London, and, as all his senses told him, that he was on a good tough case again.

That, to me, sounds like the best damn gin and tonic I’ve never had.

In 2004, Meg and I visited the picturesque Greek island of Santorini. There we visited Domaine Sigalas, one of the leading proponents of the distinctive local grape, Assyrtiko. Having completed a tour under the charming guidance of Paris Sigalas himself, we sat outside the winery (below), enjoying tasting flights of his unoaked dry white, as well as their naturally sweet “Vinsanto”, to go with a simple yet delightful lunch spread.

The Assyrtiko in its dry form, with citrus, minerality and razor-sharp acidity, was a perfect foil for the feta cheese, olives and sunny yet barren surroundings of the volcanic island’s eastern plain. The Vinsanto, a result of sun-dried fruit, was balanced, indulgent and complex.

Months later, back at home in London, we opened a bottle of each in an attempt to lift our spirits after a long week at work. It was cold and wet outside. No notes exist, but I remember both wines being completely underwhelming: the acidity of the dry Assyrtiko being out of balance with the fruit to the point of sourness, and the sweet wine being cloying and flabby. They could not have been further from the wines we sampled on that lovely Mediterranean island.

If we assume that modern packaging, transportation and storage are sound enough for a wine to be tasted “equally” all over the world (something, I admit, will not always hold true), it is not a stretch to suggest its quality therefore is determined not only by the physical combination of fruit, soil, aspect, climate and vinification – the middle three the French like to call terroir – but also the physiological inputs of human condition and one’s response to our environmental surroundings.

With the Churton and Sigalas, were they genuinely worse when not consumed in their immediate place of origin? Or when drunk locally, were we psychologically duped, the wines somehow getting lifted to a higher level? I suspect the answer is probably somewhere in between: consensus is they are both very good wines (go here and here for tasting notes), so it is a reasonably safe assumption that our perception of their quality was a combination of all the factors noted above, and probably more when you think about elements such as serving temperature, stemware, accompanying food and so on.

Danish philosopher Søren Kierkegaard once said, “our life always expresses the result of our dominant thoughts”. The nature and origin of a wine’s observed quality is a fascinating subject to consider and, crucially, one which often forms the basis of a given producer’s pitch to us as consumers.

Does anyone else have an experience of a wine disappointing, or worse still falling flat on its face, as soon as you got it back home?