On Tuesday I spent an evening sampling a group of wines from the estate of Château Latour, one of the five “First Growths” of Bordeaux. In the format of a masterclass, led by president Frédéric Engerer and in conjunction with Altaya Wines, the audience sampled eleven different wines, culminating with their 2000 Grand Vin… 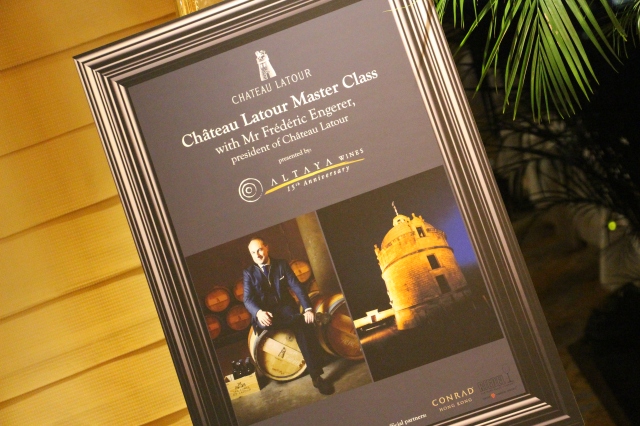 On Bordeaux’s Left Bank there lies a 3,000 acre plot of land, housing some of the world’s finest red wine. Pauillac AOC is not only home to three of the five Premier Cru châteaux; in providing multiple 2nd-5th growths it is here where Cabernet-based blends are often seen as quintessential Bordeaux.

Along with Châteaux Lafite-Rothschild and Mouton-Rothschild, Château Latour has been a beacon of the commune’s wares since the 1300s. Now under the exacting influence of the Pinault stable of luxury goods, Latour is a modern-day vinous giant, producing upwards of 30,000 cases of wine per year across three labels. The most prestigious of these, the Grand Vin, can be seen on high-end wine lists from Sydney to San Francisco, and has long been known for its power and elegance.

Latour’s president Frédéric Engerer was in Hong Kong earlier this week and, along with Paulo Pong of Altaya Wines, hosted a tasting of three vintages of their generic Pauillac wine (usually 60% Cabernet, 40% Merlot), three of the Les Forts de Latour (70%+ Cabernet, 25% Merlot and 3-4% Petit Verdot), and five iterations of their Grand Vin (similar to Les Forts, but including some Cabernet Franc).

In a lively tutored tasting, discussion between our hosts and the audience moved between philosophy on ageing and release of their wines, to appropriate food matching and approach to biodynamics. As for the wines themselves, here is the run-down…

2012: On the nose, fresh dark fruit and a lovely herbal, rubbery quality – closest reference would be aniseed. Evolving. Tasting it sees most action on the front palate, with bracing acidity and a fruit-led finish. Oak lingers subtly in the background.

2011: Hmm..seemed very closed, with nothing really discernable jumping out the glass. A similar story to taste; structurally fine but little expressiveness and a narrow finish. Avoid.

2010: A different nose again, with savoury character taking over, with any fruit seemingly at the end of its vibrancy. When tasting the extremely soft tannins first hit you, along with refined, plummy fruit. Definitely an early-drinker. 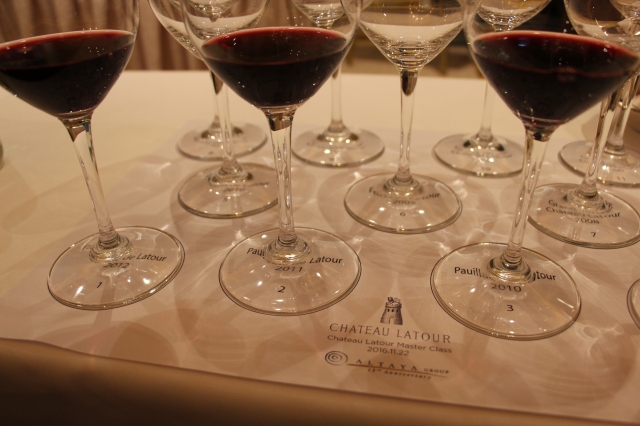 2011: Really interesting adhesive/medicinal nose…reminiscent of glue from an Airfix kit as a kid. Not unpleasant though, and accompanied by beautiful lavender and a strong seam of blackcurrant that carries through, and dominates, the palate. Medium finish.

2010: What a brute! More herbal than medicinal nose versus the above – but this wine is all about its power. At 14.4% abv, it delivered an intense acid/alcohol/tannin triple whammy. In a brilliant vintage, this showed real refinement and balance in spite of its early attack on the senses. This will evolve to ultimately deliver an excellent wine

2005: Lovely rounded nose, with Cabernet’s trademark graphite making the first appearance of the night. Power also there like the ’10, but at only 13.2% abv and 5 years older, everything is more in check. “Good tannic structure”, Engerer comments. The finish is rustic, not particularly long but a terrific wine all the same.

2008: Develops very nicely on the nose with a couple of swirls, firstly a touch of red fruit but it’s more about the vegetal – grilled asparagus and salad greens. High acidity and very dry to the touch, this was a really enjoyable palate of liquorice and unripe plums. Very fresh, with good residual taste.

2007: A more Claret-like nose, cedar and cigarbox, appealing to my traditional sense of what Pauillac should be all about. Continues through to the palate with good concentration although it feels like this is more of an early-drinker. Again, so enjoyable though, and probably shaded the mini face-off against its younger sibling.

2006: Very floral and attractive straight out the glass – Parma violets there – followed by lovely fresh dark fruit. Acid-alcohol double punch upon first taste, although the finish, although pretty long, seemed slightly off-kilter as the blackcurrant fruit was somewhat stewed and bitter. Should mellow out over time but showed it is not ready yet.

2005: There’s immediately a sweetness to the nose, like mellow toffee, instantly showing appeal. Not much fruit but soft and approachable. The palate is first class; beautifully balanced and still very concentrated, you can tell this is wonderful Bordeaux from a terrific vintage. A rich finish confirmed its quality, as well as longevity.

2000: From the millenium vintage, the 2000 Grand Vin still looks young, slightly syrupy in the glass. Maturity starting to show, with bitter liquorice and prunes accompanying a notable mineral character. The palate is typically Cabernet although you can tell this wine is still a baby – refined and elegant, and still unfolding, like the ’05 its concentrated finish delivers a wonderful, thought-provoking experience. 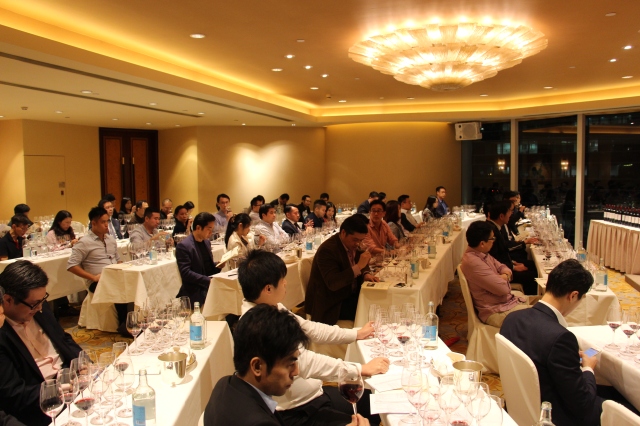 So a great way to finish a fascinating event. As the 2005 and 2000 Grand Vin showed, exalted estates in exceptional years produce wines of class and finesse, capable of providing great drinking for two or more generations. It was a pleasure to be involved in seeing how they are developing.